I had the pleasure of working with Sharewave this summer. Sharewave is a platform for private companies to manage their shareholders and investor relations. The Sharewave office is located in the middle of Manhattan, on Madison and 39th – just a few blocks south of Grand Central. This prime location was one of the biggest reasons I chose Sharewave for an internship. As it turns out, however, I got a lot more than I expected.

I’ll start off with introducing the team at Sharewave. Sharewave is a small startup composed of a very well-knit team. There’s our CEO, Josh Levine; our CTO, Robert (r0ml) Lefkowitz; our COO, Dexter Liu; our CMO, Alan McGee; our creative director, Alison Iven; and our Software Engineer, Robert Walport. I ended up joining as a Software Engineer intern. I found the entire team to be extremely competent and fitting in their roles. You can find their full descriptions here.

I absolutely loved working at Sharewave. There was not one day that summer where I was disappointed about having to go to work. The Sharewave office is located in a co-working space called WeWork Madison. Working in this space was awesome. Seeing all the other companies and startups was pretty cool. Every floor in WeWork also had a kitchen with a “marketplace”/snack bar and tons of free drinks. Needless to say, the office itself was a suitable place.

Our own Sharewave office was definitely the best office on the floor. The office culture at Sharewave was absolutely amazing. Laughs would be had and everyone had a great time. I personally loved hearing the stories from Josh, our CEO, and r0ml, our CTO. Everyone in the office had great character and I really enjoyed hanging out with the team. One of the best things about the office was that we all had Fitbits. Originally, it was just Josh and I who owned them. But one day, Dexter found them on sale, so the rest of the office ended up getting Fitbits. Competing with each other was a lot of fun and we are still all friends on Fitbit. 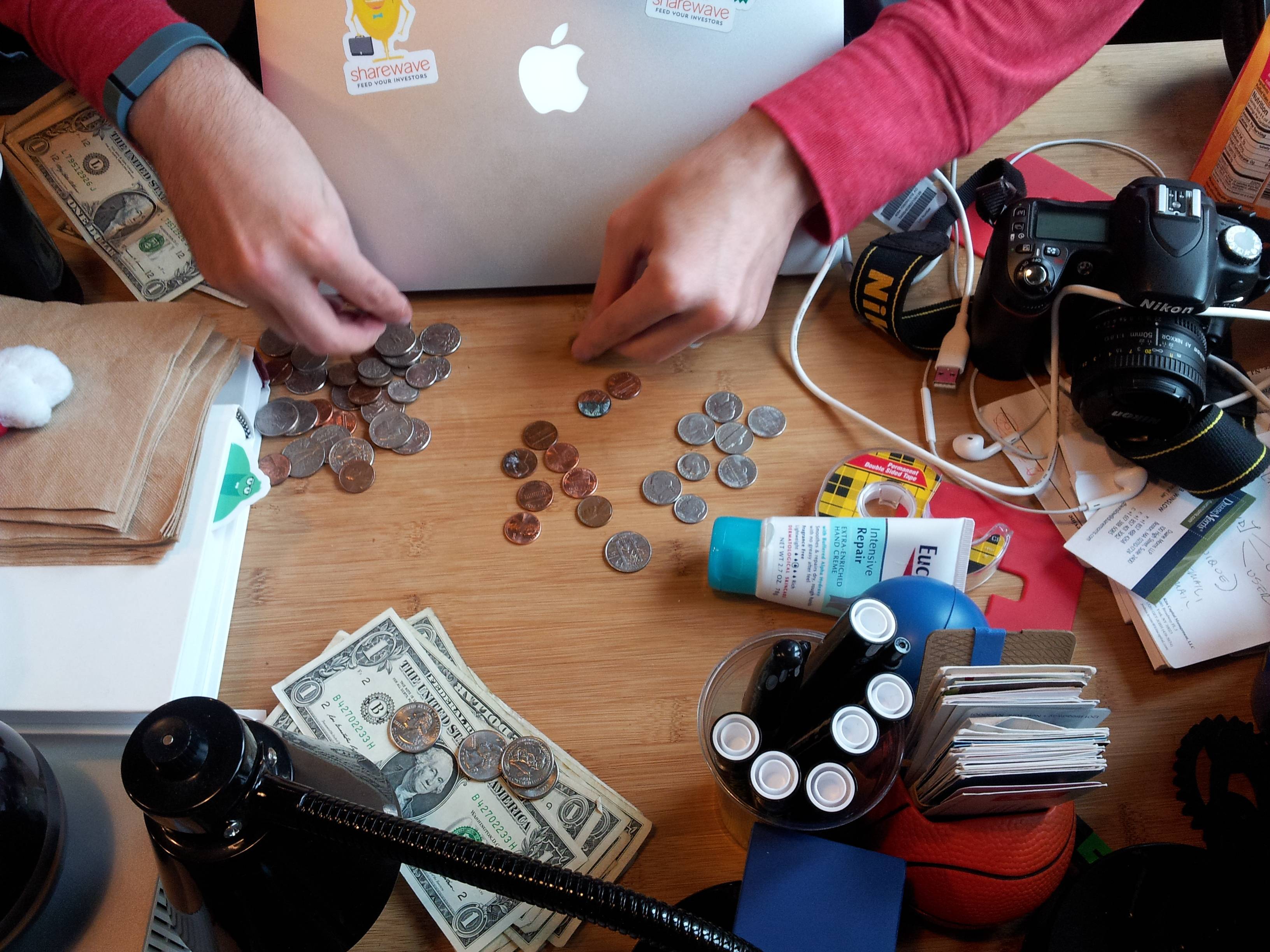 We had a running joke about paying each other back with as many coins as possible. Here’s Alan paying Dexter back for a lunch IOU.

Food in the city

On the weekdays when I worked, our office goes out for lunch. We went to many different places and they were all (for the most part) really good. Needless to say, the food was a thousand times better than my college dining hall food. Midtownlunch is a nice website to find places to eat. I ate at so many places that I decided to open a Yelp account to leave reviews for some of them. You can find them here.

And who could forget about NYC’s food trucks? A few weekend lunches were from food trucks, which I have to say, have great price per point. The food is super filling and decent (what you pretty much expect from a food truck). I ate from few Halal ones and the occasional snack cart. Nothing too extraordinary, but a must-do activity for anyone visiting.

Weekends in New York meant a lot of great food. Lunch buffets were my favorite, because after a long night and waking up midday, breakfast was usually skipped. We went to an Indian buffet once and were getting weird looks from the manager because we basically took way too much food. Dinners in the city also were delicious (although a lot more expensive) and I would eat out every day if I had both the time and money.

Being the poor college student I was, I had an apartment in Queens, about 25 minutes from work. It was a nice place, but nothing too interesting happened. I usually took the subway to Manhattan to have fun.

The subway system in New York is what every city should have. I took the subway everywhere I went. It would actually cost more money and be more inconvenient to have a car in the city – not something you can say about most America metropolitan areas. Taking the subway is another essential activity for all visiting New Yorkers.

There were tons of events in NYC. The parties I went to were like no other. I met so many cool people and had way too much fun. I met interns from other companies, including another student from Georgia Tech. Nightlife in the city was absolutely crazy and everyone I met was always down to have fun.

Now that I think of it, I don’t recall visiting any museums. I generally avoided “touristy” locations and went instead with regular-day New Yorker places. I spent a lot of time in the public parks in New York and went to events all around the city. I guess I’ll have to go to all those museums sometime later.

I know I’m leaving a lot out. Had I written my full experiences, this post would be many times longer.

Living 3 months in New York was definitely a life experience. I now recognize so many New York references and have taken a greater appreciation for the city and its people. Not to mention I learned an absolutely ridiculous amount of knowledge from working with Sharewave. I absolutely loved living in the bustling concrete jungle. Having lived in a suburb for most of my life, I stood out in terms of temperament, but in New York, I fit perfectly.

Would I intern again in New York? Probably not. Living in New York has spoiled me — I want to travel and see other parts of the world. My primary goal for next summer is to get an internship in the west coast; preferably San Francisco. Would I recommend New York for anyone who hasn’t visited? Hell yea. 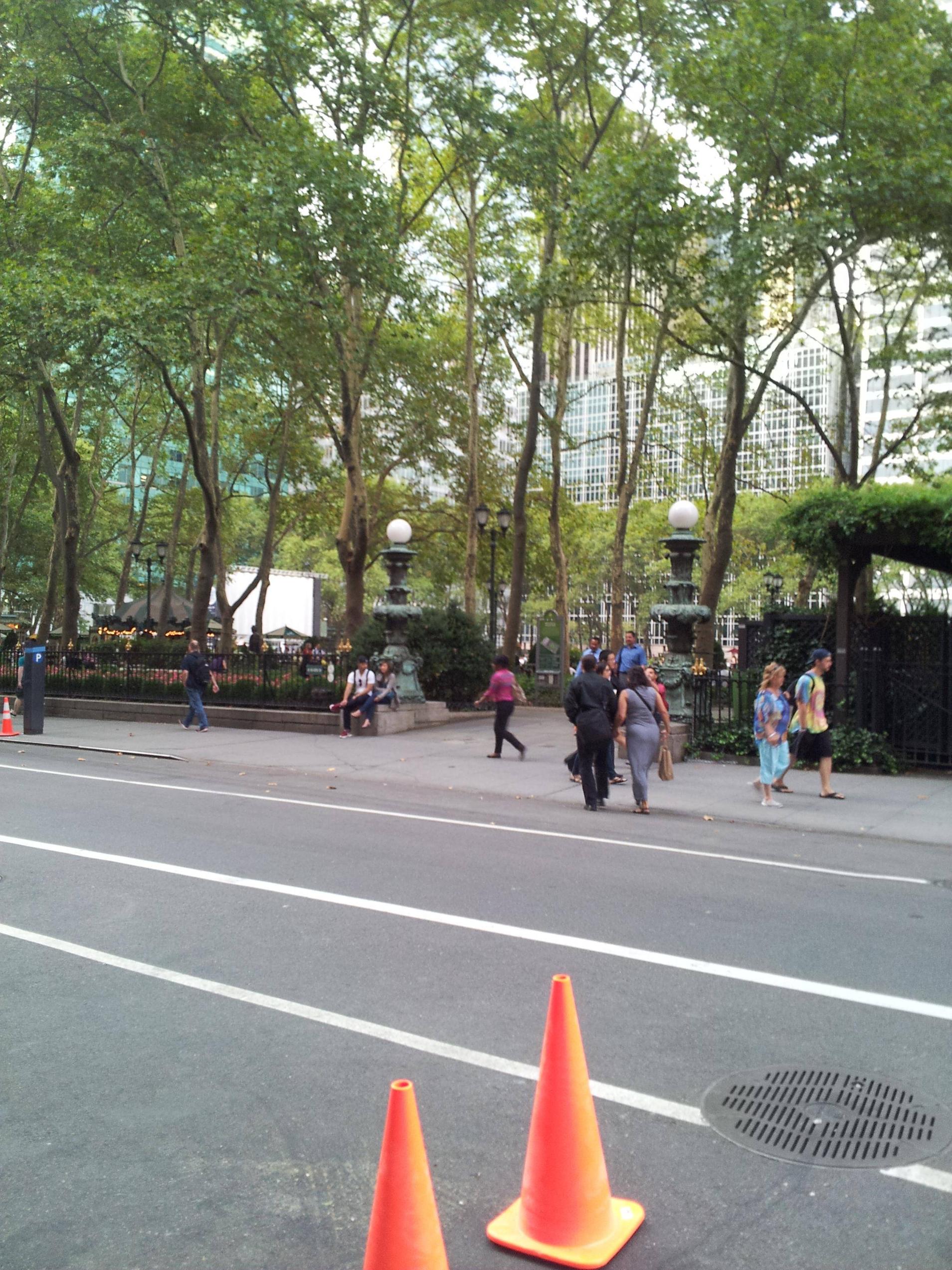 Bryant park. Taken on my last day in New York, as I was about to get on the 42nd St – Bryant Park subway stop.